The Vegetarian Society of DC needed to refresh their brand in order to differentiate their role in Washington DC vegetarian community, and renew their appeal to their volunteers and members. I worked with the board to develop and write a new vision. This type of statement engages; it's a conversation starter to get people to buy into your vision. It is also adaptable--it can be abbreviated to replace the standard elevator pitch, used in grant proposals, or read, in part or whole, to inspire VSDC's tribe. 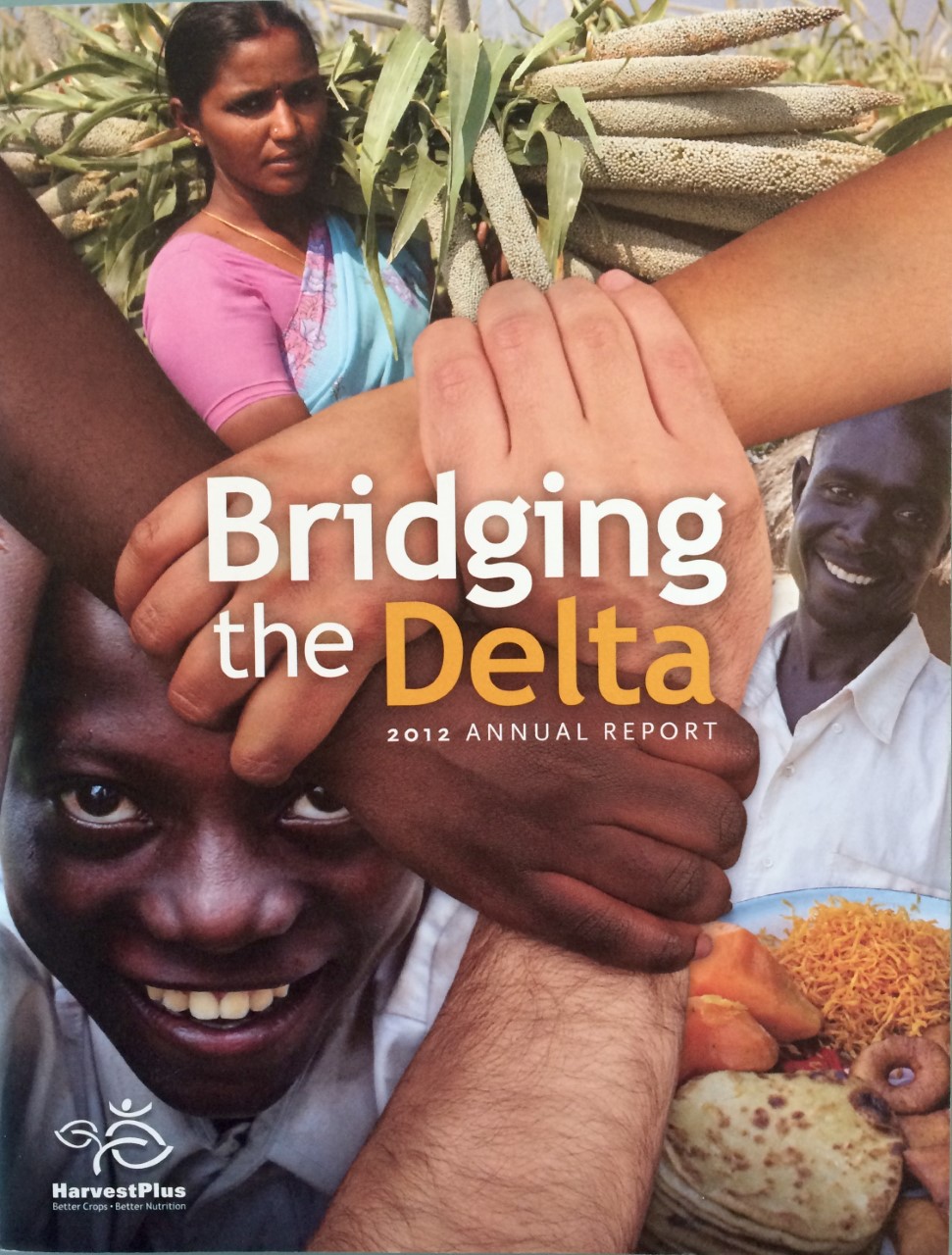 For thousands of years, river deltas have sustained life –not just for the farmers who plough their fertile soils, but also for the animals and birds that flock to them. We, at HarvestPlus, also have our own delta. It is where three sectors – agriculture, nutrition and health – converge to offer a powerful new paradigm for solving hidden hunger caused by a lack of vitamins and minerals in the diet. Bridging the Delta, the theme of the HarvestPlus 2012 Annual Report, highlights the partnerships forged and, thus, the progress made in delivering seven nutrient-rich crops to farming communities in sub-Saharan Africa and south Asia.

COMMUNICATIONS: Not Your Usual Annual Report

The goal was to differentiate this new series of annual reports from the text-heavy and research-oriented presentations of similar  programs and institutes.  HarvestPlus was developing novel approaches and ways of working across sectors to overcome hunger. The reports were intended to reflect this dynamism. They were fresh, eye-catching, succinct, and appealing to non-scientific audiences.  I chose titles that were short, memorable and captured the key theme for the year. Take a look inside the annual reports.